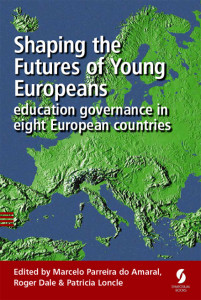 This book discusses how the ways that young people’s educational trajectories into and beyond lower secondary education are regulated can influence their future lives. It draws on the results of empirical studies in eight European countries: Finland, France, Germany, Italy, Netherlands, Poland, Slovenia and the United Kingdom (England and Northern Ireland), carried out under the EU-funded GOETE project.

The book explores the different ways that educational trajectories are – actively or passively – conceptualised, negotiated and organised in the individual countries, and the ways that these shape educational opportunities and life chances. Its central aims are to elaborate the different ways in which educational trajectories are governed in the eight countries, and to compare the differences between those approaches and their outcomes in the eight countries. It focuses on the relationships between the different (national and local) forms and outcomes of interactions between collective and individual actors, structures, institutions, mechanisms, and discourses that exert influence on education policy and practice at various levels: inter- and trans-national, nation-state, regional, local or school levels.